Just like any other large animal, camels can be dangerous. A camel can attack humans or other animals or can transmit potentially deadly diseases to them. Camel corpses might sometimes explode in the desert.

Camels are usually timid and tame creatures both to humans and to other members of their herd.

They are social animals and greet one another by blowing in each other faces.

However, there are situations where you want to avoid male camels as they can be pretty wild.

Are Camels Dangerous To Humans?

If they are mistreated or when they are in heat, camels can be very dangerous to humans and attack them. They can also jeopardize humans by transmitting deadly diseases to them.

Usually, camels are friendly and will sniff you and even play with your hair.

Their response to you will depend on many factors though.

One of them is the domestication and training of the camel.

If a camel has been trained properly, there is a slightly less chance that it will be aggressive to humans.

Also, how you approach a camel can affect its reaction.

For example, if you move towards the animal with haste and speed, it is more likely that it will react fearfully and sometimes be hostile.

So the best move here would be to get closer slowly and casually and let the camel smell your hand first. After that, you might try to pet the animal behind the ear and try bonding further with it.

However, there have been instances where this didn’t work and a camel wasn’t behaving very nicely.

If a camel is being mistreated and mishandled, it can resort to aggressive behaviors like biting, spitting, pushing, and kicking humans. One study discovered that 37% of camel-related injuries were from camel kicks, 26% from falling off a camel, and 25% from camel bites.

Camel kicking people and falling from a camel happened during the summer months, mostly in August, while the bitings overlapped with months when a camel is in heat, November to March.

Camels were responsible for different fractures to the face and jaws, spinal injuries, injuries to the abdomen, with some of those resulting in death.

There have been also noted cases of injuries due to vehicle collision with the camel, but also of camel stomping, sitting on, and throwing of a victim.

When handling such animals, a great deal of caution is always advised, due to their size, strength, and temperament.

Besides kicking, biting, and spitting, there are different diseases they can transfer to humans that might even result in death. Camels can carry various zoonotic diseases that can be very dangerous both to humans and other animals.

Climate change, increase in population, a decline in biodiversity, and land-use changes are considered to be the main factors for the spread of these diseases.

MERS is considered to be the main disease camels transmit to humans, following outbreaks between 2012 and 2016, with a 35% human fatality rate.

Rift Valley fever (RVF) has a mortality rate of less than 3%, and Crimean–Congo hemorrhagic fever is considered to have a large epidemic potential due to its high mortality rate.

Camel meat, milk, and urine are several ways how these diseases get to humans.

In another article, we wrote about the use of raw camel urine and milk for drinking and treatment of different diseases, and the dangers of doing so. Make sure to check it out.

Even the World Health Organization has advised against such practices and recommended using well-processed meat and milk from reliable sources only.

Camel cadavers found in the desert might be dangerous to humans as well. When a camel dies, its body will begin to decompose. In that process, different gasses might accumulate and eventually explode. The detonated tissue might be infected with different bacteria and viruses, which can harm people.

We have an article on camels exploding and how that process happens, feel free to check it out.

Are Camels Dangerous To Other Camels?

During rutting season, male bull camels are known to get into fights with other members of the herd. They will kick, push, spit, bite other males, and there have been even reported cases of them forcefully taking female camels.

Camel owners and zoologists say that camels during rutting season are not what you want to see.

They would often get into fights with other males, as a showcase display for females.

Camels would blow up their organ “dulla” (the soft inflatable sac that hangs out of a camel’s mouth), foam at the mouth, and get into skirmishes with the other males.

They would start pushing one another, use their sharp and strong fangs to bite each other’s ankles and head and use their long legs for fierce kicks.

Usually, these fights can result in injuries to the soft tissue of the dulla. Cuts, ulcers, bruises, inflammation, and swelling, are results of a camel in heat attacking other camels.

In addition to that violent behavior, a study on mating in dromedary camels discovered that if there are not enough females for males to breed with (they usually require up to 80 in a season), they would resort to treacherous behavior and sexually harass them.

During the night, they would lay down next to the female they preferred and pretend to sleep, before taking advantage of her.

After she fell asleep, a male camel would jump over her, pinning her down by pressing her forearms with his front legs and preventing the female from getting up.

A female would then try to bite his knee or face to free herself.

Such biting of the ankles can result in inflammation of the joint, and later to arthritis.

Other diseases a camel can spread to another camel are rabies which in lots of cases can result in the death of the animal.

Camelpox, for example, can result in the death of young camels, reduced milk yield, and lasting morbidity among camels.

If they are raised with cruelty, camels will be dangerous. However, if they are treated with respect, love, and affection, camels can be tame and more loyal than dogs.

And like other animals, camels can react aggressively to humans. They are also known to transmit dangerous and deadly diseases to humans, like the MERS respiratory disease.

When in heat, they are known to attack other males to show their dominance and attract the females.

But usually, if well trained and given proper care, they are a great companion to have by yourself.

We hope that you found our article on camels being dangerous informative, that you learned more about these animals, and that you now understand different behaviors in them. 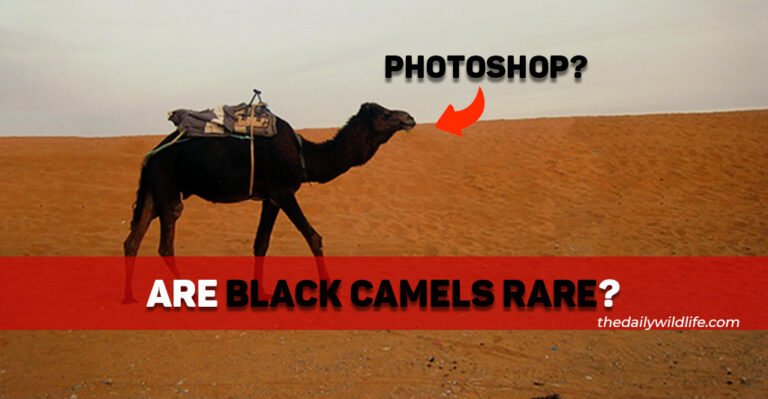 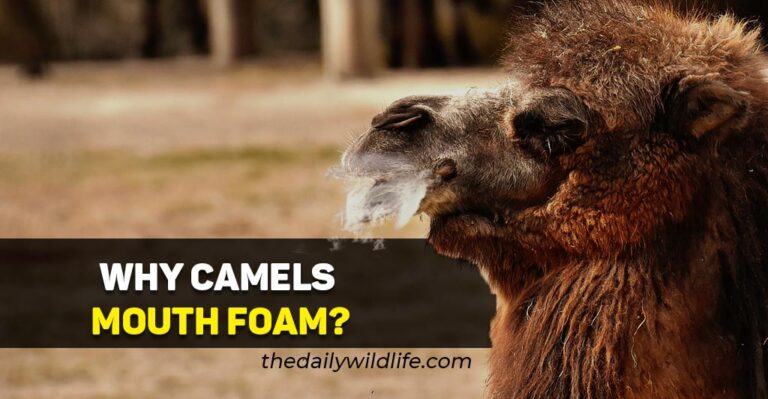 Camels foam at the mouth for three reasons: during a mating season, when a camel is in a rut, it will foam to attract females, because it has rabies, or during a camel race. Foaming and frothing at the camel’s mouth usually occur when excess saliva in the mouth is mixed with air, creating foam…. 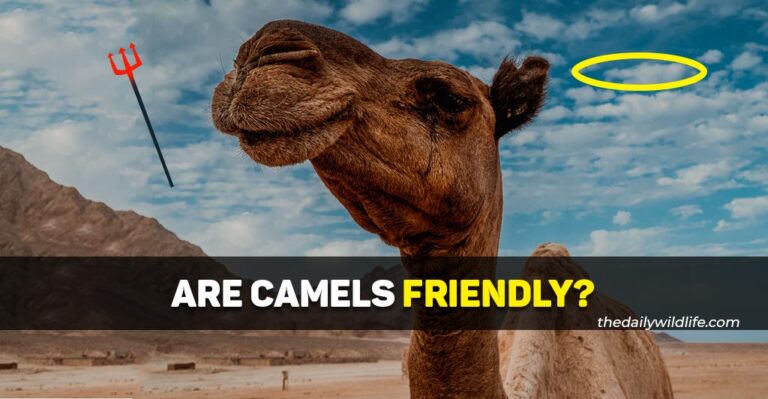 Despite their rough and intimidating appearance, camels are usually very timid, gentle, and friendly creatures. They are known to share a great bond with humans and other animals. However, there are occasions where you should avoid camels and move out of their way. When treated poorly and whey are in heat, camels can be very… 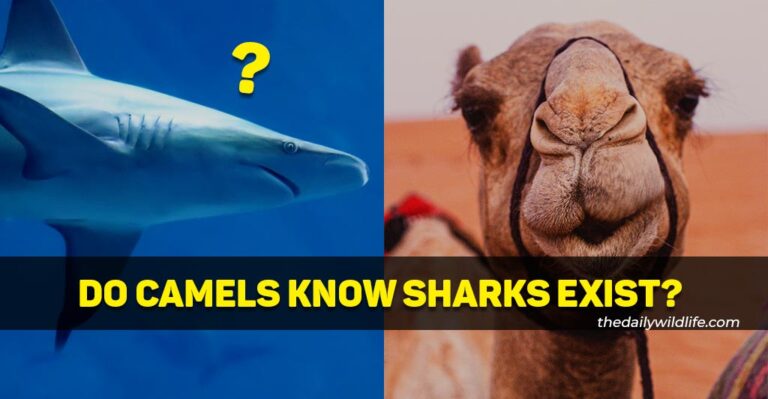 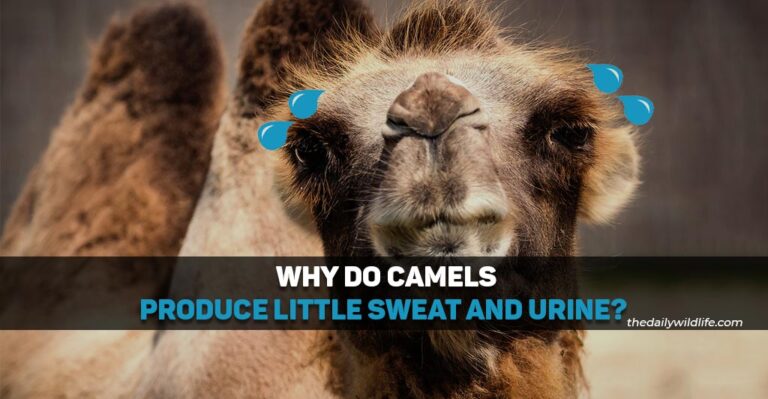 Camels produce so little sweat and urine to survive in the desert. Because water is scarce there, reducing the amount of sweating and urinating allows the camels to conserve water while living in this barren area. The areas camels inhabit can have average temperatures of over 100°F (38°C). And the temperature of the sand is…