Despite their rough and intimidating appearance, camels are usually very timid, gentle, and friendly creatures. They are known to share a great bond with humans and other animals.

However, there are occasions where you should avoid camels and move out of their way. When treated poorly and whey are in heat, camels can be very dangerous animals.

In this article, we will further explain camels being friendly to humans and other animals.

Are Camels Friendly To Humans?

Camels are tame, gentle, intelligent, and attention-seeking animals. If treated properly, camels can be very friendly and affectionate towards humans. If treated harshly, they will remember it and retaliate.

The way a camel will treat you depends on the way you treat the camel.

If you shower the animal with respect, love, and affection, they will respond with even more love and loyalty.

It is even said that the camel’s loyalty can rival the one of a dog.

There is a famous Bedouin story about a camel’s love for its human owner, and it goes like this:

When the owner of a camel passed away, one of its camels stopped eating and drinking.

It ran away from the farm and was nowhere to be found.

After an extensive search, the camel was discovered at its owner’s grave and looked like it was crying.

The animal managed to find its owner and its grave by the smell.

The camel refused to eat and be moved away from the owner.

After 3 days it was found dead on its master’s grave.

This story underlines the deep bond Bedouins share with their camels.

It is said that they love the camels like they are part of their family, and surely, the camel can feel that love and respond in the same manner.

Camels are very fond of their owners, they will protect them, and during the freezing desert nights, they will move towards their humans to provide them with warmth.

A few years ago, a popular video of a camel hugging its owner appeared.

The owner is said to have been gone from the herd for a few days, and upon returning, one of his camels greeted him with a hug.

See the video for yourself.

No wonder they are called the Gentle Giants.

When raising a camel, it is important to set up boundaries straight away.

You want them trained when they are smaller and before they are too massive to be pushed around.

You should be firm and in control with them, but not too aggressive and pushy.

Positive reinforcement (giving them a treat for good behavior) is always a good move.

If you mistreat them though, camels are known to hold a grudge for a lifetime.

They have a very good memory and can wait even a full year to retaliate.

There was a story about how a camel owner left his camel in the blazing desert sun with its legs tied up the entire day.

When the owner came back for the camel, it attacked and killed him on the spot.

It is said that more than 25 people were required to move the animal away from attacking the owner’s body.

As with all other animals that can hurt humans, it is important to be cautious when around camels, as they can sometimes show some mean behavior to humans.

Are Camels Friendly To Other Animals?

Camels are social animals that live in herds. They are known to greet one another by blowing air in their faces. During rutting season though, they can be extremely aggressive to other camels.

Like most herd animals, camels love company. They should never be left all alone as they might feel lonely.

It is said that they do well with dogs and goats.

There was a myth that horses and camels did not get along.

And the truth is that horses don’t hate camels; they are in fact, just afraid of their extremely strong smell.

In the wild, camels usually live in a herd of 6 to 20 members.

And sometimes several camel herds will cross paths and form a larger herd that can even consist of 500 individuals.

Usually, a herd consists of an alpha leading the females and their calves.

When the calf grows up and reaches sexual maturity, an alpha will chase him away.

They don’t like competition and will be extremely aggressive towards other male camels approaching their female harem.

That usually happens in the rutting season, during winter months, when camels get into heat.

Camels are known to lose their mind then and become dangerously aggressive and mean to other males.

They will bite, kick, push one another, urinate on their tails, and spread the urine around.

They will also foam at the mouth and protrude their “dulla”, the inflatable sac that hangs out of their mouth to show intimidate the opponent and to attract partners.

Camel owners say that they are insufferable when in heat and that it would be best to stay out of the way of a male and a female camel in heat.

This concludes our article on a camel’s friendly temperament and behavior.

Camels are gentle animals that can be friendly and affectionate if you treat them kindly and with respect. If treated poorly, camels will respond in an aggressive and mean manner. During the rutting period, they can be really tough to handle.

As with every (large) animal, you should proceed with caution when approaching and handling them.

We hope you found the article helpful and that we answered properly the question “are camels friendly”.

Land of the Tiger: A Natural History of the Indian Subcontinent 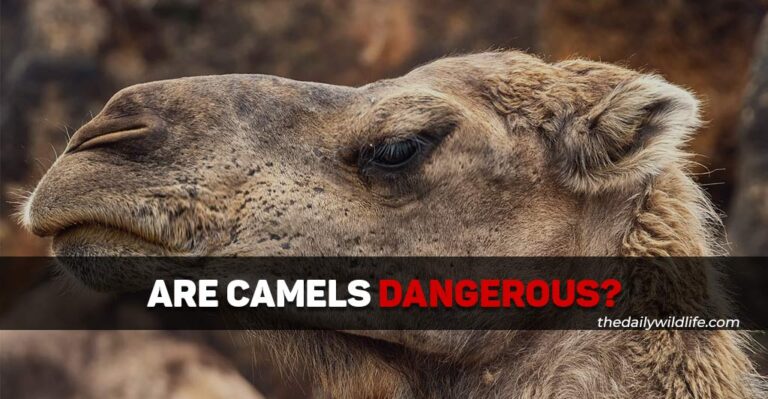 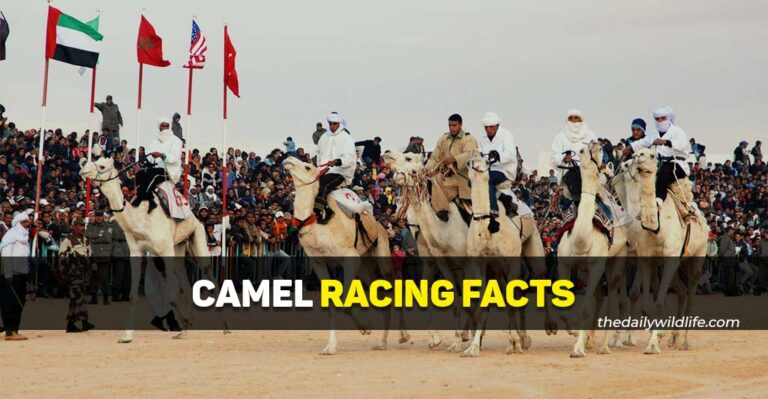 Camel racing is a very popular sport in Asia, Africa, and Australia.  It has been a part of many generations of the Arab people and has been gaining traction in the western world as well. Here are 10 of the most interesting facts about camel racing. Camel Racing Facts 1. Camel Racing Originated On The… The short answer is: camels have long legs because it keeps them at a safe distance from hot sand, it helps them walk more and save energy, and it helps them reach vegetation that is high on trees. Let’s look further into that. Main Reasons Why Camels Have Long Legs 1. It Keeps Them At… 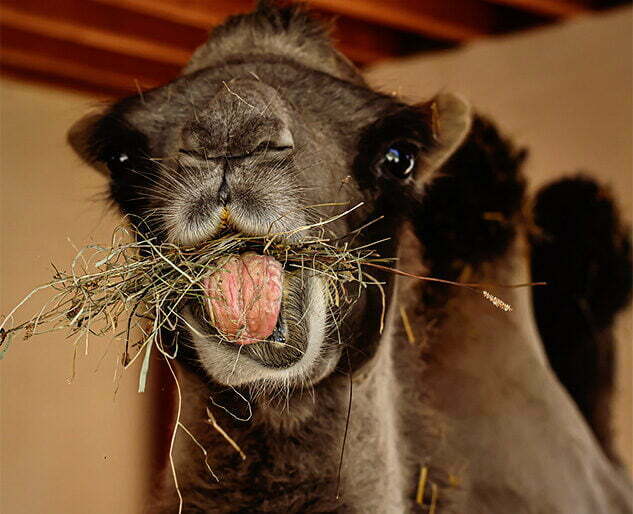 Camels do have fangs. Their fangs (upper canine teeth) are long pointed teeth used for holding the food firmly and tearing it apart, and occasionally as weapons. They are conical in shape and can grow up to 1.5 inches long (4 cm). Before moving any further, it’s important to explain the difference between canine teeth…