Camels are not mean creatures – most of the time they are timid and friendly. Still, you need to be very careful around this large animal. Sometimes they will display aggressive behavior that might hurt you.

There are some signs, like wide-open eyes, loud sounds, tightening of the nose, and others that can be a red flag when around them.

In this article, after answering the question “are camels mean”, we will look into several cases of camels misbehaving.

6 Cases Of Camels Being Mean

When feeling fearful, angry, or mistreated, a camel might resort to biting. Usually, biting is not its first line of defense.

A camel’s mouth is one of the most interesting organs.

Their strong teeth allow the animal to chew on pricky plants and branches, but also to defend itself.

A camel’s jaw can generate a force of 400 Psi. As a comparison, the human bite is around 200 Psi.

Check out this video by Steve Ray and how the camel is trying to bite him. Can you notice how he might have mistreated the animal by being too pushy and aggressive?

When a camel is provoked it might resort to spitting. Also, when the animal feels threatened, or sometimes bored, it will release an oozy projectile from its mouth.

Similar to ruminants, a camel will chew and swallow its food, and then regurgitate it back into the mouth for further chewing.

Sometimes a camel will use that food content, mix it with saliva, and project it out. It is said that the projectile can fly up to 32 feet (10m).

Take a look at this video of a person teasing the camel. Pay close attention to the 7th second of the video, and notice how the camel tried to spit on him.

Not the most mature behavior. And we are not talking about the camel.

A camel might also growl and make loud sounds when in discontent.

It might be too afraid to attack when being treated poorly and might decide to growl instead.

Check out this short video of how that might sound.

P.S. Did you know that they used camel’s growling sounds as Chewbacca’s voice in Start Wars?

When a camel is annoyed and feeling under threat, it might resort to kicking.

A camel’s kick is swift and powerful; you don’t want to get in the way of it.

A study in the United Arab Emirates showed that almost 40% of camel injuries came from camel kicking the person.

Another dangerous camel behavior, biting, was responsible for 25% of injuries.

Take a look at this video of a camel being tied to the truck. Notice how it kicks the water jugs, and how far they fly.

5. Camels Pushing One Another

Camels will usually push other members of the tribe to display dominance and assert themselves as the strongest camel.

During a mating season, male camels will display aggressive behavior, and push one another. They can be seen biting, spitting, and headbutting one another.

Check out this video of animals being in a clinch.

Warning: the video has lots of sounds of people honking and hitting the animals to split them up.

Camels are known as some of the most stubborn animals there are. If something is not to their will, it can be very hard to make the camel do what you want.

The camel is stubbornly trying to get another haystack to eat, even though it already ate its own.

The owner is not letting the camel get it, but the camel is not backing up and displaying discontent by making growling sounds.

Only after a couple of minutes of talking to the camel and moving it, the animal backed off and left the stack.

Also, camels were used in World War 1 to transport goods and people on the front, and some were even used in the camel cavalry.

There have been many records of soldiers complaining of camels being extremely stubborn.

Usually, you would need to first approach slowly and casually (don’t look like you are in a rush!) and then let the animal sniff your hand, before even thinking of petting it.

Give the animal some time to get to know your smell and you.

If you see that the animal is being relaxed with you, gently try to scratch it behind the ears, try to stay away from the front of the face.

Just as dogs might flick their legs when you do so, a camel will flick its ears.

A rule of the thumb here would also be to keep your distance from the legs, as if the animal feels threatened, it might resort to kicking you.

As we mentioned, camels are timid creatures, and will rarely attack you when not provoked. They are very smart creatures and fast learners, and will easily understand what you requested from them.

Still, you want to be extra careful around them, as some camels might not be trained enough, or have not been taught proper borders when interacting with humans.

And there you have it.

Or, better to say: cases of people mistreating camels and them responding aggressively to that.

When threatened, the camel’s dangerous behavior will include biting, spitting, kicking, growling, being stubborn, and pushing away animals and humans.  Most of the time they are not mean and can be actually friendly.

However, when they die, camels might not be so nice, as they might actually explode. Check our article on camels exploding by clicking HERE.

We hope you enjoyed our article, learned things to watch out for when around the camel, and that we managed to answer the question “are camels mean“.

Beasts of burden are domesticated animals that are employed to carry heavy loads or to perform other heavy work (such as pulling a plow). Such animals are usually camels, horses, donkeys, mules, or oxen. Have you ever wondered why are camels called beasts of burden? In this article, we will be explaining why is that…

The short answer is: camels have long legs because it keeps them at a safe distance from hot sand, it helps them walk more and save energy, and it helps them reach vegetation that is high on trees. Let’s look further into that. Main Reasons Why Camels Have Long Legs 1. It Keeps Them At… To protect themselves from predators, camels will kick with their long legs, bite with their strong jaws, and spit cud. During a sandstorm, a camel will close its nostrils to protect itself from the blowing desert sand. Their legs, necks, and fur keep them safe from the hot sand. Some animals play dead, others try…

Australian feral camels are animals that currently live in the Australian wilderness after they were released there by humans in the 1930s. Back in the 19th century, pioneers set out to explore the hot and dry Outback region in Australia. The climate there proved to be too extreme, even for the most resilient horses. Luckily… 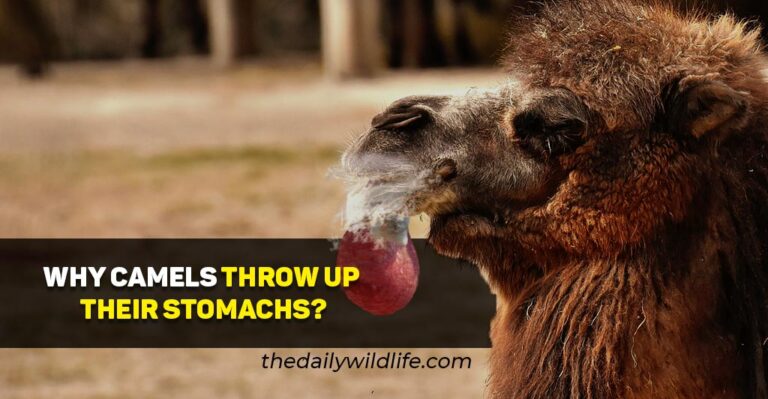