Camels are some of the most extraordinary animals that ever lived on Earth.

Adapted to the grueling conditions of African deserts and Asian steppes, these camelids have evolved to thrive on land.

They developed a hump that acts as fat tissue storage and allows them to survive when food is not available.

Their thick fur insulates them from the intense heat of the desert while reflecting sunlight at the same time.

Their padded feet help them to move better through both sand and snow.

Their extra-long eyelashes prevent sand from getting into their eyes, their small ears, and flexible nostrils can be closed to keep the sand out.

In one sentence, camels are excellently adapted to living on land.

But how well do they do in water? And do camels swim?

In this article, we will try to answer that question.

In short: yes, camels can swim. Contrary to popular belief, there are species of camels that can swim in the sea and the ocean. Camels are not the fastest swimmers, though.

They might seem clunky and look like they were only made for moving on land, but there is a special breed of camels in India that knows how to swim.

Introducing the Kharai camels, the best swimmers in the entire Camelidae family.

Kharai camels are domesticated dromedary camels (C. dromedarius), native to Kutch, the district of Gujarat in India –   unique animals that feed on mangroves and know how to swim.

Or you could say, they know how to float in water.

Kharai camels can be often seen crossing the sea in search of mangrove islands.

And when they reach them, they are known to stay there for days, feeding on mangroves and other saline vegetation, before returning.

Their name comes from the local word Khara, meaning saline or salty.

What makes them so well adjusted to life in salty and coastal areas are their gently padded hooves.

Kharai camels also have a large head, a long, thick neck, and large and thin limbs.

The natives there, the Fakirani Jats and Hajiyani Jats are the camel breeders. They are using Kharai camels as a source of income by selling camel milk.

The story of their origin is a rather interesting one.

Around 400 years ago, two brothers were living in Kutch. These two brothers had a single camel in their possession. Each of the brothers was naturally claiming their right over that camel.

To resolve the issue at hand, the two brothers went to Sawla Peer and asked for advice.

Sawla was a wise and holy man, and he made a camel from wax and put it next to the real one.

He asked the brothers to choose one.

The older brother picked the real camel and went his way, leaving the younger brother with a wax one.

Sawla told the younger one to put the wax camel in the sea.

And as he did, thousands of camels emerged from the sea and started following him. Those camels were the Kharai ones.

And their numbers continue to rapidly decrease.

With fewer and fewer camels being used for transport, replacement of camel manure with synthetic fertilizers, and increasing globalization and industrialization, more and more factories are being built in the area where these camels are native, shrinking their natural habitat and bringing a shortage to their favorite food, by destroying mangroves.

The International Union for Conservation of Nature (IUCN) has added the Kharai camel to its list of endangered animals.

Do All Camels Swim?

Now, we all know that camels are called the ships of the deserts, not the boats of the sea.

The cases of other members of the Camelini tribe outside the Kharai/Dromedary camel swimming have not been recorded so far. So it would be safe to assume:

Not all camels can swim, the only breed of camels that were shown so far to be able to swim are the Kharai dromedary camels.

Also, we weren’t able to find any cases of baby camels swimming, only cases of the older ones.

Camels are in fact, decent swimmers. At least some of them. The Kharai camels are known to be able to swim for up to 3 hours a day in search of mangroves for grazing.

This dromedary camel is well adapted to the high salinity of the seawaters. That’s why it has earned the name Dariyataru, sea swimmer – due to its ability to swim in deep waters of the sea.

How Far Can Camels Swim?

India is well-known for its rainy season, with monsoon downpours lasting for days and weeks.

During the rainy season, Kharai camels swim in hordes along the Gulf of Kutch, the northeastern arm of the Arabian Sea, looking to get to the small mangroves islands in the region. They are known to be able to swim for over 1,8 miles (3 km) during that period!

And according to the Times of Oman, camels can even swim for over 6 miles (10 km).

How Fast Can Camels Swim?

Considering that the camels are built mostly for moving on land, Kharai camels can be labeled as decent swimmers. Not the best, not the worst.

We have already established that camels do rather well in water. However, when it comes to swimming speed, camels are not the fastest. We estimate that they swim about 0.3-0.4 mph, maybe even slower.

Check out this popular video of camels swimming and see for yourself.

Camels can go for days and weeks without water. Some studies have shown that camels wouldn’t even touch water, even though they didn’t drink any for days.

At first, it might seem that these big animals don’t like water. But that is not the case.

Camels enjoy swimming in the water. They are not the best swimmers, and will most of the time float. However, camels will get into the water to help keep cool when it’s hot.

That is if there’s any water around.

Before answering this question, let’s check one of the specific features of camels that might help them with diving, their nostrils.

Camels can close their nostrils completely, to prevent sand from getting inside their nose during the sandstorm.

So closing the nostrils would rather come in handy, when it comes to diving.

However, there have been no recorded cases of camels diving.

Are Camels Ok In The Rain?

Camels live in some of the driest environments in the world where the temperature reaches 47 °C (117 °F). That’s an environment with not too much water and rain.

Camels are ok to stay in the rain but in most cases, they will look for shelter to hide from it.

Camels have thick and coarse fur that can get wet from rain or from swimming. The bacteria that causes this disease is mostly dormant, but under wet conditions, it can cause an inflammatory infection. It’s best to often check your camel and try to identify the disease early.

Camels can go without water and food and easily cross deserts and steppes. Ans some can even swim in the sea and the ocean.

There are a couple of reasons why camels swim in the first place: in search of food, for male camels to go and mate when they smell a female camel nearby, to avoid houseflies, or as part of their training for camel races.

Altho being able to swim for a few hours and cross up to 1.8 miles in a day, Kharai camels are decent, but not the fastest swimmers. And to see camels dive, we might have to wait a few more (thousands of) years.

With their numbers going down, more effort must be placed on the preservation of these amphibious animals. 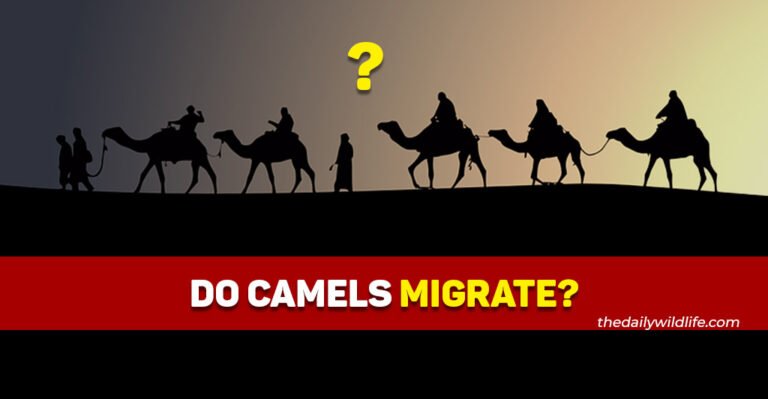 Yes, camels migrate. Camels are migratory animals that move from one region to another according to the seasons. Nomads are known to move their herds in search of food and water. First camels migrated from North America to Africa and Asia and wild Bactrian camels living in the Gobi desert migrate seasonally during cold winter… 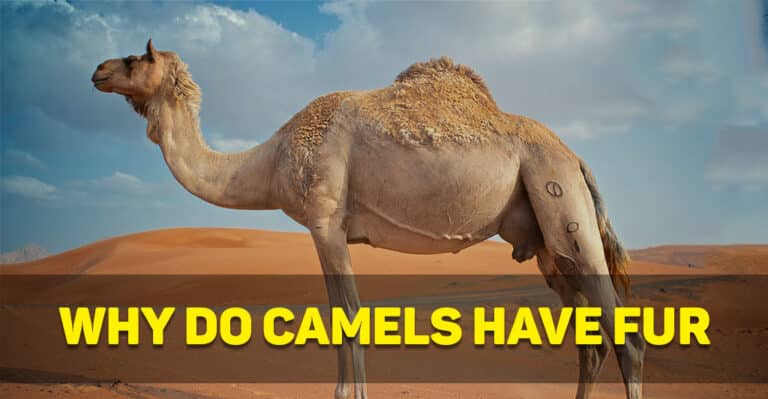 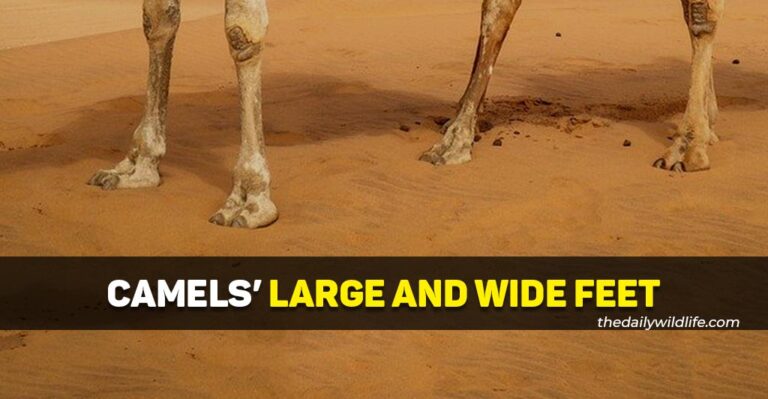 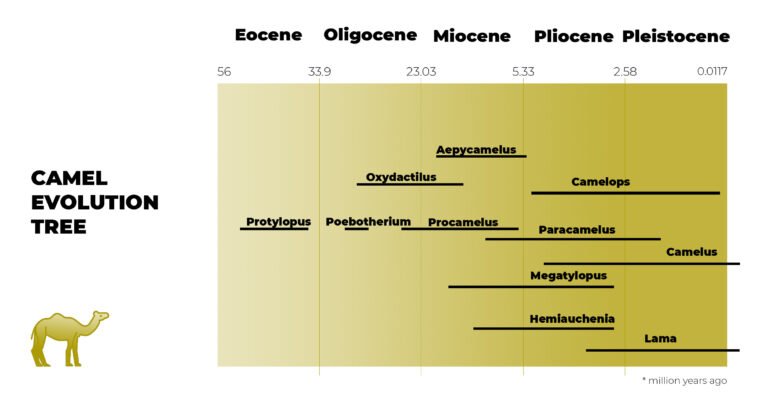 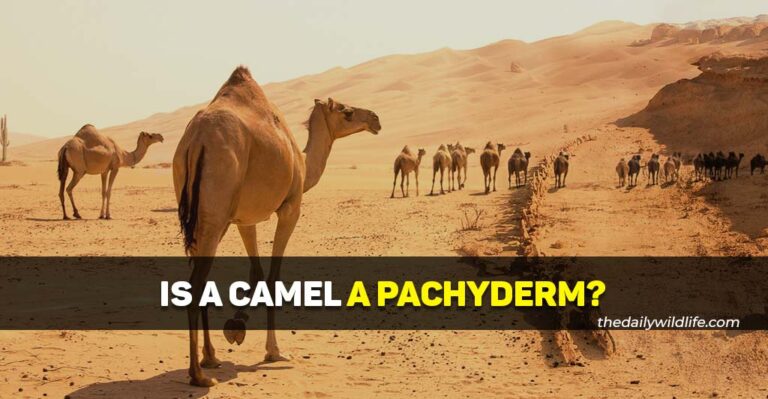