Pedro Cieza de León, a Spanish conquistador and chronicler from the 16th century, described llamas as animals “with long legs and a neck of the length and shape of that of a camel”.

Later on, in the 19th century, a French writer, Flora Tristan, admired the llamas’ handsome physique, noting how their “long majestic necks” give them “an expression of nobility that commands respect”.

For centuries people have admired llamas and their lengthy necks. That’s why it is not surprising why a lot of people wonder: why does a llama have a long neck?

That’s why we’re here. In this article, we will explain:

Why Do Llamas Have Long Necks?

Llamas have highly mobile, thick-skinned necks covered in fur. They have long necks to reach tall vegetation, spot approaching predators, assert dominance over other males, and communicate with other members of the herd.

Llamas are natural browsers and like to eat mountain vegetation, such as shrubs, lichen, and tree bark. Llamas’ long necks and legs allow them to reach vegetation that is over 6 feet in the air (1.8 m).

Llamas are not picky animals, they will almost eat any plant you give them. They live in very dry climates and prefer to eat tall, coarse bunchgrasses, highly concentrated of virtually indigestible carbohydrates.

When the dry season comes around May, the plants become woodier and even harder to digest. Because of their three-chambered stomachs and long necks, llamas are able to reach, grab, digest, and extract nutrients and water from these tall plants.

A llama’s long neck, combined with its sharp eyesight, and excellent hearing, allows it to spot approaching coyotes, mountain lions, or ocelots.

Long necks don’t just allow llamas to browse while in a standing position; they also give an increased field of vision when watching for predators.

Even when they are in a recumbent position, llamas will still keep their head high in the air.

If one animal spots danger, it will emit high-pitched sounds to alarm the others. When they hear this warning, llamas will become visibly alerted and instantly turn toward the source of the danger.

When they are running, often to escape from danger, llamas will place their neck a bit low and forward. They use the weight of the neck and head to counterbalance the side-to-side body sway during pacing.

People often use llamas to protect their sheep, goats, hens, or other livestock from coyotes, dogs, and foxes. Animal keepers will often put bells on the neck collars of different animals to alert their guardians, the llamas. When the llamas hear some atypical behavior among the livestock, they will swiftly react. This makes llamas very in-demand among people that own larger animal herds.

Sometimes, people will put bells on neck collars of llamas that are used as pack animals or hiking companions to prevent surprise encounters with predators.

Asserting Dominance Over Other Males

Male llamas are very territorial animals and aggressive towards competing males. They will do anything to drive them away from the herd. They will often get into fights, and in many cases, a llama with a longer neck will win.

Llamas are social animals that live in herds of 20 to 100 animals. The group includes one dominant male, around six females, and their offspring. The alpha-male is extremely aggressive towards other males and will try to drive them away from the females.

Llama males will often get into brawls where one will try to drop the other to the ground. The objective of the fight is to knock the other off balance and establish dominance. The way they do it is by ramming chest, biting legs and neck, or wrapping their long neck around the opponent’s.

The winner of the duel is the animal standing on its feet while the defeated animal on the ground shows his submission by lying sideways with its neck lowered and tail raised.

This necking or neck wrestling is very common among llamas.

In case a llama tries to assert dominance over its owner or other humans, you should be cautious – your llama might have a dangerous Aberrant Behavior Syndrome.

Llamas use several types of signals to communicate: chemical, auditory, and visual. One of the visual signals is the position of their neck.

As mentioned before, a male will keep his neck low when defeated to show his submission.

Quite often, if a llama has been given too much human attention in early life, it will hold its head and neck low and curve the tail forward, over the back, to indicate its submissiveness.

Llamas will also use their neck to communicate moods or feelings to each other, humans, and other animals.

How Long Is A Llama’s Neck?

A llama’s neck has an average length of 24 inches (60 cm), ranging between 20 and 27 inches (50-70 cm), depending on the sex, age, breed of the animal. Females have slightly larger necks than males.

The length of the neck depends on the country and the breed of llamas.

Q’ara breed of llamas, from Marcapomacocha in Peru, have an average neck length of 27.8 inches (70.6 cm).

Male llamas have a thickened neck, probably due to greater muscular and bone development.

Further reading: Can you keep horses and llamas on the same farm?

In order to get a better idea of just how fast llamas are, here’s the top speed of a llama compared to other mammals.

Llamas have 7 elongated cervical vertebrates in their necks that provide mobility and stability to the neck and protect the spinal cord from injury.

The world’s tallest mammal, the giraffe has the same number of vertebrates as a llama. And these two animals share some relation. Read more about it here.

Llamas also have a well-developed circulatory system that takes blood to their brain because of their long necks. They have a high number of red blood cells, small in size, and elliptical (oval) in shape. These elliptical blood cells carry extra blood to compensate for the length that blood must travel.

Because of their long necks, when the llamas are grazing, this cervical venous system facilitates venous return and contributes to bloodstream control.

How Should A Healthy Neck Look?

In a healthy llama, the neck should be carried in an upright position and held almost vertically. It should be very flexible, have thick skin, and be covered in wool. The neck wool is often shorter than on the trunk.

The neck should be long, slender, continue directly from the line of the backbone, and blend smoothly into the animal’s shoulders. Depending on the coat type, some llamas might even have a mane down the back of their neck.

In Peru, Quechua people recognize two breeds of llamas, depending on their wool. The llamas with more wool are called “ch’aku” in the Quechua language, while those with less fiber on the neck and body are called “q’ara” (woolless).

The q’ara are the light-wool type of llamas. They have long necks and slim bodies. On the other hand, the ch’aku have shorter necks and bodies but give more quality wool.

Looking for options to shear your llama’s wool? We made a review of 6 great tools that fit every budget.

People describe llamas as majestic, noble, and aesthetic with their erect neck and mane. When llamas get shorn and have their necks shaved, they look rather amusing. Here are a few photos of llamas with shaved necks.

How A Llama’s Neck Can Indicate A Disease

Sometimes, a neck can help identify a disease in a llama. The neck might get swollen, disproportionate to body size, or “ewed” (dipping below the front of withers).

In one case in 2006, veterinarians described how a llama spent most of its time sitting on the ground in sternal recumbency, unwilling or unable to get up.

The head and neck were held stiffly erect, and from time to time the neck would become limp. The animal was diagnosed with a disease called polioencephalomalacia (we dare you to pronounce it properly).

Also, as males bite the throats, testicles, and necks when fighting, lacerations, wounds, and abscesses of the neck are often in llamas.

Final Thoughts – Why A Llama Has A Long Neck

This concludes our article going over why llamas have long necks.

Llamas’ long necks help them reach high vegetation, spot incoming predators, assert dominance over other males, or just communicate with other members of the herd. Their neck is around 24 inches long. 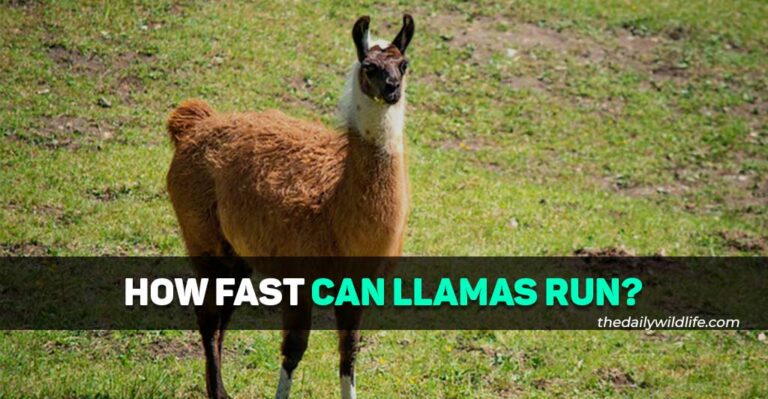 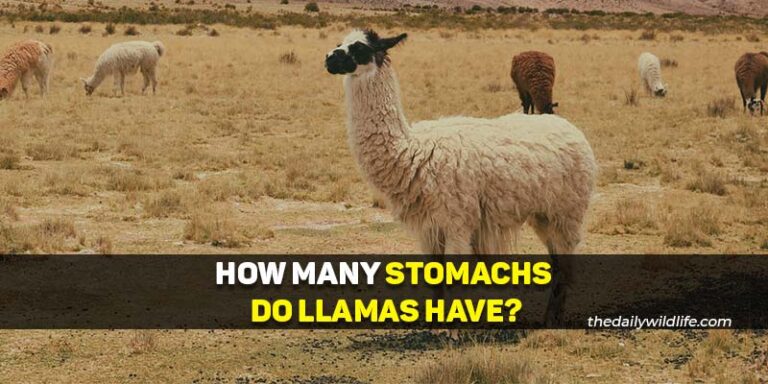